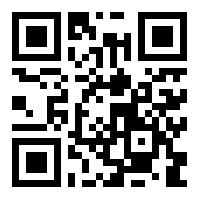 In mid May of 2014 I became a father to a beautiful little girl. I foresee most of my 'project' time, until 2034 or so, being used to raise her to be a proper little geek.

I want to make a really crappy supercomputer! I know that one way to do this is by building a Beowulf Cluster which can distribute the work load over a number of lower power PCs, running projects in parallel and greatly improving the system’s output. And it’s got an awesome name!

I’ve got several old PCs saved up for the job. I just need to find the time to load them all up and work the bugs out of the system, and figure out where my lovely bride will let me store them. I imagine that whatever room they're in will be noticeably warmer. Maybe I'll heat the garage with them in the winter.

I’m paranoid about what happens in and around my home when I’m not there. Do the kids sneak into our bedroom and root around our stuff? Which little neighborhood punk is it that’s keying cars?

I could set up a couple of web cams and watch them all day, but my boss won’t pay me to do that for very long. Maybe I could grab a still from them every minute or so, but that’s 500+ pics per camera to check every evening, and a lot can happen in a minute. What if I could grab stills more frequently, and only save them if something changed?

That’s the goal. Set up a camera to grab still images every 10 or 15 seconds, discard them if there’s no significant change from the last image, and make them accessible so that I can view them when and where I want.

I’ve got one, but there are so many things I could do with it that I’m kind of paralyzed about what to try first.